While Spain lost more than 106,000 inhabitants due to the increase in mortality caused by Covid-19, in Malaga the year 2020 resulted in a

population increase of 8,169 people, according to the update of the Continuous Register Statistics published today by the INE.

It is the largest demographic increase recorded in the entire country in the year of the pandemic and is related to several factors, such as Brexit

and the arrival of people from other provinces and countries in search of a refuge to make confinement more bearable.

Andalusia as a whole registered an increase of 825 people, with the coastal provinces (Málaga, Almería, Granada, Cádiz and Huelva) registering

a positive behavior, while those in the interior (Seville, Jaén and Córdoba) lost population.

The foreign population is the one that gave the main demographic boost to Malaga in 2020. Of the 8,169 residents that the province added throughou

t the year of the pandemic, two thirds (5,433) are people born abroad and only 2,733 are Spanish. Brexit had a lot to do with these data;

in fact, six out of ten new foreign residents are from the UK. The British colony thus reaches 50,773 members in the province of Malaga.

Nor is the number of people from other countries who made the decision to register in Malaga municipalities in the midst of a pandemic negligible.

Many of them may well be owners of second homes who, in the face of the pandemic situation, have

preferred to move their habitual residence to the Costa del Sol.

their families from big cities to friendlier places, Malaga being one of the most attractive places in Europe 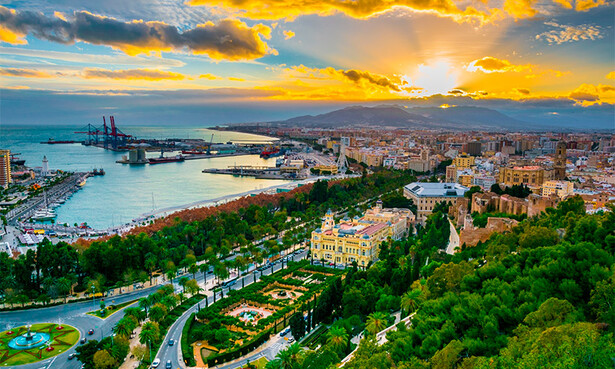