ANDALUCIA OPEN END OF STATE OF ALARM TRANSACTION TO NORMALITY

Juanma Moreno announces the opening of the restaurant and bar business until midnight and the nightlife until two.

Starting next May 9, the Community will face three stages, as Moreno explained this Thursday after the meeting of the Committee of Experts.

They are as follows:

Phase 3, normalization: June 21 onwards. For this date, 'if the forecasts in the shipment of vaccines are fulfilled,' according to Moreno, the Andalusian Government expects that 70% of the population will have at least one dose administered and around 40% will be fully immunized.

Changes in the restaurant and bar industry

The perimeter closure of the Community disappears,

Just as the curfew disappears…

the restaurant and bar business may remain open until midnight.

The current limits for meetings in restaurants are also being extended, and from Sunday eight people will be able to sit at the same table inside a room and up to ten when outside.

For the celebrations, a capacity of 300 people inside and 500 outside is allowed as a general rule, although it will depend on the alert level of each municipality and there will no longer be restrictions on the number of people who can be in a home.

The Night Clubs are back

Another of the great novelties announced by Moreno is the reopening of nightclubs 'after one year closed.' They will be able to reopen until two in the morning, although the dance floors only in those locations that are on alert level 1. It will be necessary to wear masks and maintain a safe distance.

The end of the perimeter closure implies that from now on 'it will be possible to leave and enter Andalusia freely', as Moreno has explained. Only municipalities with a cumulative incidence over 14 days greater than 1,000 cases per 100,000 inhabitants will be closed and all non-essential commercial activity will be prohibited in them. These measures will enter into force and judicial ratification will be requested at the same time. 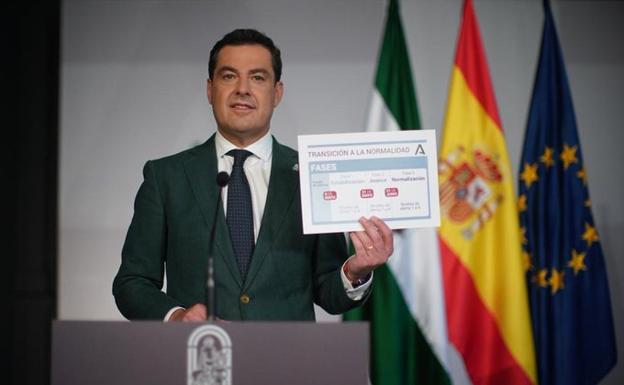